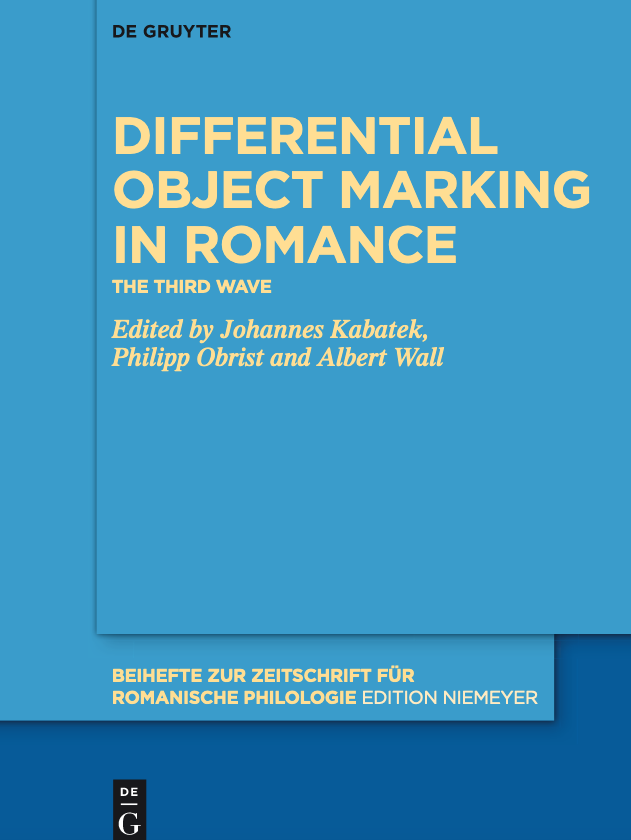 Traditionally, linguistics has focussed mainly on two data types: either the way people talk or write was analysed, or they were asked specific questions about certain constructions. In this project, however, we work with experiments, namely Acceptability Judgement Tasks and Production Tasks. The experimental approach allows focussing our research on very specific elements while ensuring that the data are highly comparable. Our main research interest concerns the marking of direct objects in Romance languages. Building on insights from previous research on Spanish, we now widen the investigation and tailor the experimental approach to Portuguese and Rhaeto-Romance (specifically the Puter and Vallader varieties).

Anyone who learns Spanish will, pretty soon, encounter a phenomenon coined by Georg Bossong (professor emeritus, University of Zurich) as "Differential Object Marking" (DOM). In Spanish, you say: 'veo la casa' ("I see the house"), but 'veo a la maestra' ("I see the teacher"). Certain types of objects (e.g. personal pronouns or noun phrases denoting humans) require the use of the preposition a. This phenomenon is found in similar form in multiple languages from around the globe. In Romance languages, for example, we find it in Romanian, Sardinian or Neapolitan. Portuguese and Rhaeto-Romance (especially the Engadin varieties) also show some form of DOM, but the respective distributions and underlying parameters are still quite scarcely investigated.
In our project we use experimental setups that have been developed in an earlier long-term project on Spanish and we adapt and apply them to investigate the Rhaeto-Romance and Portuguese (both European and Brazilian Portuguese). Our goal is to find answers concerning the frequency and specific distribution of DOM in these languages. Ultimately, we plan to get a better insight into the inner workings of the respective varieties and to establish a solid, empirical foundation for an area of investigation, in which speculation and introspection have been the prevalent methods so far.